"Hold the line? With a couple of these I'll put them in checkmate!" -- the now famous words from Cog-Marshal Taggart when he saw his first delivery of Rooks.

The Rook is a beast. It is the first mech built with a "wide fork," allowing it to quickly deliver explosive ordinance across an enemy's entire front line. It can also withstand massive damage and survive, thanks to its bulky uthorium armored plating and Viridel shielding. It can rip apart whole squads of mechs and the surrounding environment in one blow. The Rook has been used to break sieges and as castle-like bastions in the battle line. It has been the agent of many a turning point in key battles on the Cogwerk periphery.

This 75-ton machine has heavier armor than the Bishop, so it is slower to maneuver. However, this is a reasonable trade-off for additional protection, especially against lasers.

The design team developed a way to stabilize the mech when shooting through special extendable braces. This allows The Rook to absorb the recoil of firing all its missiles in one devastating alpha strike. Combined with elite fire control systems, these braces give high targeting accuracy for missiles. The Rook has massive magazines for its missile racks and high-speed feed systems allowing for incredibly high rates of fire.

The fire control system deserves special attention. No expense was spared here. Not only is the system capable of engaging multiple targets, but it can quickly shift targets as they are destroyed - even while missile are in flight. The system can assess and prioritize targets at the same incredibly rapid pace that the Rook can dish out its missiles. The biggest problem with the system is simple data overload. It takes time and experience before the pilot can use all these features to their fullest extent.

The Rook is one of the few mechs built solely as a missile weapons platform. The three primary missile systems (the AHI, the T9 berserker, and the Tandem Bomb) are more affectionately known by field commanders as the 'Hurricane,' 'Typhoon,' and 'Tornado,' respectively. These are enormously effective against concentrations of opposition forces, regardless of their composition. Death Head and S2A missiles round out the Rook's on-board armament, equally devastating in their own right, but with a narrower area of effect.

The Rook has another property which endears it to field commanders: it spends more time in the fight and less in the shop, built on the frame of a mech that has a long record of service as a workhorse on mining colonies. it is easily maintained, resupplied, and repaired, even in the field. An added feature is that replacement parts are readily available, and a wide variety of weapons can be attached to the frame.

The Rook is more expensive than the Bishop, but the results it has shown on the battlefield prove its value. In the field, a pair of Bishops supported by a pair of Rooks has successfully decimated much larger Hegemony forces. 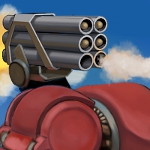 A wide area weapon designed to pummel whole swaths of a battlefield. 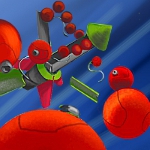 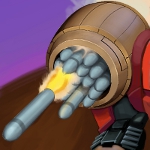 These missiles fire in tandem and can engulf two mecha in fiery doom with a single shot.