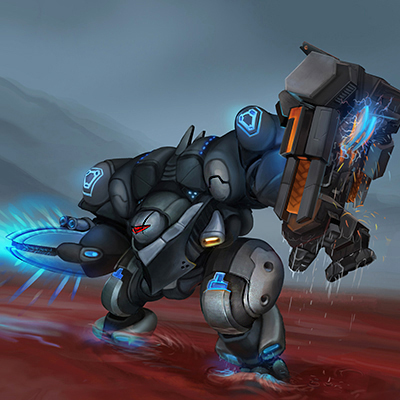 The Charon mecha is the culmination of a top secret project that was a collaboration between AlphaCorp and the Dragon clans. The project began when the Unification Army invaded from a parallel universe in 3316. One of the invader’s mecha captured during the battle provided the basis of what would become the Charon.

In view of the Dragon clans impressive victories over the invaders officials from the Shogunate made an off the record offer to the Dragons for as much alien salvage as they could collect in order for AlphaCorp to duplicate the alien mecha. Dragon clan leadership agreed on the conditions that Dragon engineers would be included in the design phase and their pilots would be used in prototype testing.

While there was enough material recovered from Unification to assemble several mecha, it wasn’t until the Dragons brought back mecha salvaged from the Metaverse that the project engineers could unlock the final piece of the puzzle. The technology for super heavy mecha construction enabled them to reverse engineer and produce a functional model. The AI created for the Charon is one of the most ambitious designs ever to make it into production. It focuses on the mecha’s primary Ice weapon capabilities. At full upgrade the mecha can deliver 100% greater damage with these type weapons when compared to factory specifications. A large portion of processing power is also dedicated to target movement prediction to ensure the high damage value salvos have a corresponding high degree of Precision. There is also a target evaluation program that searches for any weakened armor or vulnerable locations that could be exploited for a one shot Crit-Kill. Anti-mecha electronics are also included in the design in order to Slow the response time of any foe. As a defensive feature multi-spectrum jamming equipment sends false signals and noise to disrupt enemy targeting computers which enables the mecha to Dodge incoming fire. The AI has eight ports included for the addition of custom equipment.

Powering the Charon is the Dragon clan designed massive Great Wyrm powercore. Included in the design are a suite of 3X damage capacitors to boost the available power to the weapons systems. Piggybacked onto this system is an additional 1.5X capacitor system for even greater damage potential. Fully upgraded the Great Wyrm can propel the mecha at near combat optimal speed. The seven ports included for additional modules allow for even greater Speed. Defensively the Charon is well protected against Laser weapons with a dual phase shield system designed significantly reduce the effectiveness of those type weapons. Also included is superior protection from area attack Trample damage. The massive framework of the mecha allows for a multitude of custom equipment to be installed. Eight ports for Chassis equipment are installed along with five mounts for heavy shielding modules. 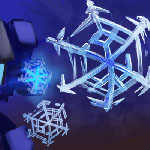 Give your enemies a white funeral. 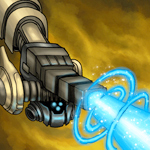 Drop an avalanche on your foes.