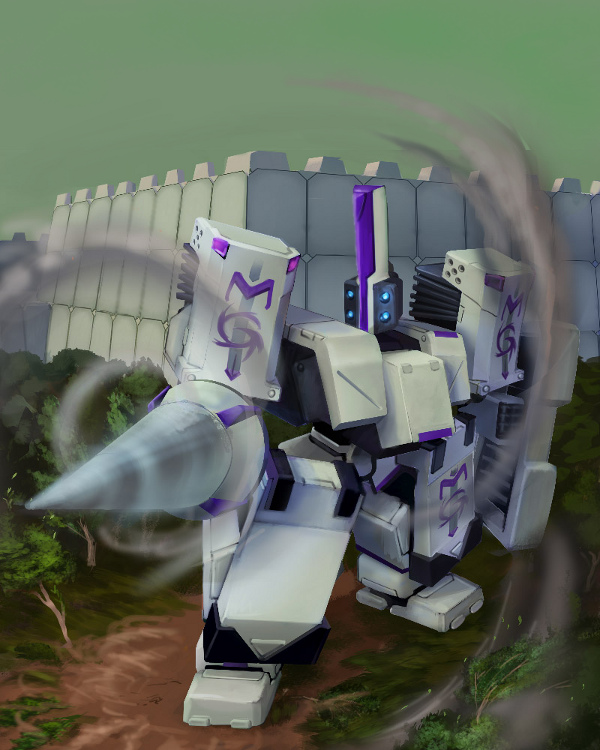 Invented by the Craftsmen residing in the second parallel metaverse the Cavalier is every much the epitome of super heavy mecha engineering that its sister design the Guardian is. However the Cavalier's performance profile takes a vastly differing path focused on multi-target engagement and overwhelming firepower.

The main weapons system of the Cavalier is a Subspace Kinetic Energy Wave Repeater. Naturally, pilots refer to it as the Skewer. This weapon delivers a projectile in a plasmatic state that exists across several dimensions simultaneously. Once it strikes a target the Repeater function anchors all the unspent energy into the prime dimension, meaning the location of the target struck, the remaining projectiles will then obliterate any target that happens to be following in close order. At the time of release the SKEWR was the most powerful single weapon system that could be mounted on a mecha.

The aptly named Phasebloom A.I. created for this mecha enhances the primary weapon function and secondary effects to near unimaginable levels. The Phasebloom’s programming analyses every shot for optimal hit placement which increases the effectiveness of every type of weapon system. Secondary target processors can often engage one target while the pilot focuses on another. This system generates an extremely high probability of a Fork attack dealing a second full power salvo into an opponent near the primary target. Area attack Splash damage is directed toward any target near the primary enabling the Cavalier to eliminate entire formations of opposing troops without the aid or support of friendly forces. Considerable processing power is also dedicated to generating Trample damage to weaken any approaching threats.Rounding out the offencive programming is a multi-target array that is coupled with the area attack algorithm and secondary targeting system that allows the A.I. to target every enemy mecha in line of sight and send a Wide Fork shot into every opponent. Fully upgraded the Phasebloom can support eight custom equipment modules.

A Sunraker energy system sits at the core of the massive mecha. A great deal of the power generated is directed into the massive overload capacitor banks. This creates 2X and 3X overloaded salvos at a prodigious rate and the possibility of a 6X overload when both systems discharge simultaneously. With the amount of power reserved for the weapons systems the Cavalier is somewhat slower than other mecha its size, but this can be overcome with the addition of up to five custom equipment modules.

The Cavalier’s design is completely focused on attack capabilities. There are none of the more common defensive features included in its make up. Instead the designers six chassis ports for custom equipment and an additional seven ports for heavy shield modules. This has the twofold effect of making the Cavalier easily optimised against a known foe both offensively and defensively. This makes the Cavalier an excellent utility mecha capable of filling a variety of roles.

Cavalier comes fully equiped with:
S.K.E.W.R. cannot be unequiped from its mech 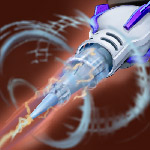 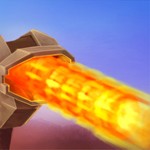 Produces a massive column of flames. 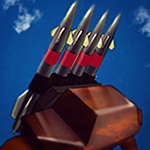 Ambrose packed twice the legal amount of explosives in these missiles. 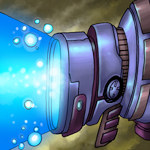 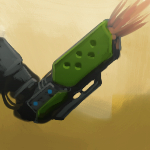 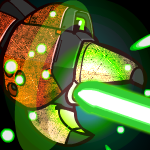