The Manticore represents the Shogunate’s first entry into the ultra heavy mecha design and production field. Compared to the somewhat unusual production release of the Wendigo, and the fantastical origins of the Salamander, the Manticore represents the Shogunate response to a mecha world overly dominated by the Hegemony and its flagship enterprise, Star Factories. Working feverishly, and often secretly at the behest of the Shogunate state, the engineers at Cherry Blossom Mechworks created their masterpiece: The Manticore.

In some ways this is unsurprising. Cherry Blossom Mechworks made a name for itself by being on the cutting edge of technology, as well as successfully reverse engineering several pieces of forerunner tech that have allowed the Shogunate to stay competitive both economically as well as militarily. As such, the Manticore represent both bold new tech, as well as a remastering of the technology reverse engineered from the Salamander and the Wendigo, the only two other mecha truly comparable to the power of the Manticore.

Utilizing a newly conceived system for light refraction and laser amplification (previously only utilized in cutting edge laser weaponry), Cherry Blossom Mechworks was able to solve many of the standard issues plaguing ultra heavy mechs. The refraction process allows an almost effortless transfer of energy from the engine core to the, and this itself is supplemented by a series of engine conduits, dub the “mini marvel” by its creator, that allows for limbs and particularly energy intensive weaponry to not require drawing their full power supply from the main engine itself. The result of this is a semi diffused energy process that allows the mecha to move more in line with it’s smaller counterparts. As the system is fairly unique, engineers stress only pilots with experience in multiple meccha classes should attempt to pilot this mecha. While the Shogunate denies it, rumors swirl that the first test pilot met an explosive fate due to his lack of understanding about the unique energy flows inside the machine. Whether the story is true or just rumors spread by enemies of the Shogunate, the fact remains that in the hands of an inexperienced pilot, the Manticore is a hazard to friend and foe alike.

The Manticore boasts a nice variety of offensive and defensive capabilities, the kind sought after by any forward thinking military power. While the Manticore can fight with any weapon, ultimately gaining +40% damage minimum to all weapon types, it’s true strength is in laser weaponry. The technological breakthrough of advanced refraction techniques applies not just to the mecha’s power source, but also to its strength with laser weaponry, ultimately having a mighty 95% boost to the weapon type. It also maintains a sizable bonus of 12 to its precision score. This is further complimented by a near 50% chance to score 1.3x, 1.5x, and 1.6x critical hits, while scoring the mightier 2x with nearly an eighth of all fired shots.

The Manticore also features a powerful defensive bonus in the form of a potent 150 shield. It also has a small bonus to dodge and a small chance to slow enemies on all hits. Any damage that manages to make its way through the Manticore’s thick armor and powerful shielding will then have to contend with its sizable (10) Med-Bot, capable of repairing even the most significant damage if the mecha has any power left flowing through its engines. 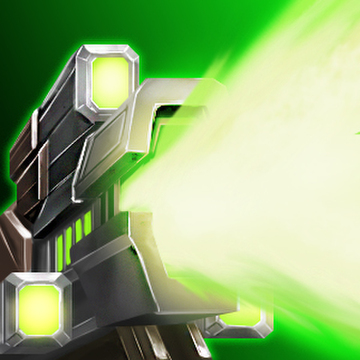 Like the disapproving judgement of the god of thunder focused on your enemies. 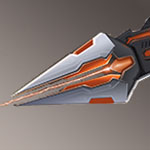 That which doesn’t kill you will prevent any hope of escape. 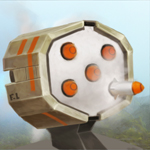 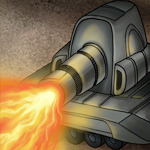 Stickier than napalm, better burn through than white phosphorous.

Stickier than napalm, better burn through than white phosphorous.