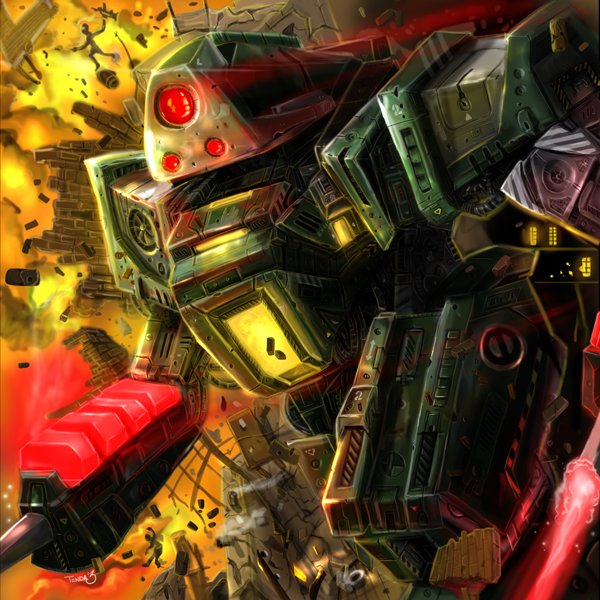 The Hoplite Mech is the product of an experimental R&D department at Star Factories. The concept of the mech was to equip a light frame with numerous types of shielding to provide increased longevity and sustainability in different combat conditions. Due to the popularity of other fast mechs in hit-and-run maneuvers such as the Orcus, the Hoplite has offered a new level of competition to both Shogunate and Cogwerk forces.

As such, the Hoplite is a mech that can retain optimal maneuverability and efficiency in battle. The Hoplite, while by no means a defensive mech, is often deployed at choke points or at moments when armies wish to give no ground.

It's colloquial name, the "32" is actually a misnomer--it actually stands for 3x2. This refers to a maneuver where the Hoplite is deployed using defensive bracketing, linking up to five mechs together for a pentagonal shield. While mobility is limited, the Hoplite mechs can tap into each others' power management systems to redirect defensive capabilities to where they need it most.

As a result of this, there are many differences of opinion in mech pilot culture as to the significance of the Hoplite. Some claim that it's best reserved for new pilots that can't handle themselves, while others claim that its free range of capability should never be underestimated. If one thing is for certain, it's the fact that the Hoplite is adaptable to both its pilot and environment. 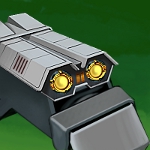 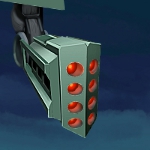