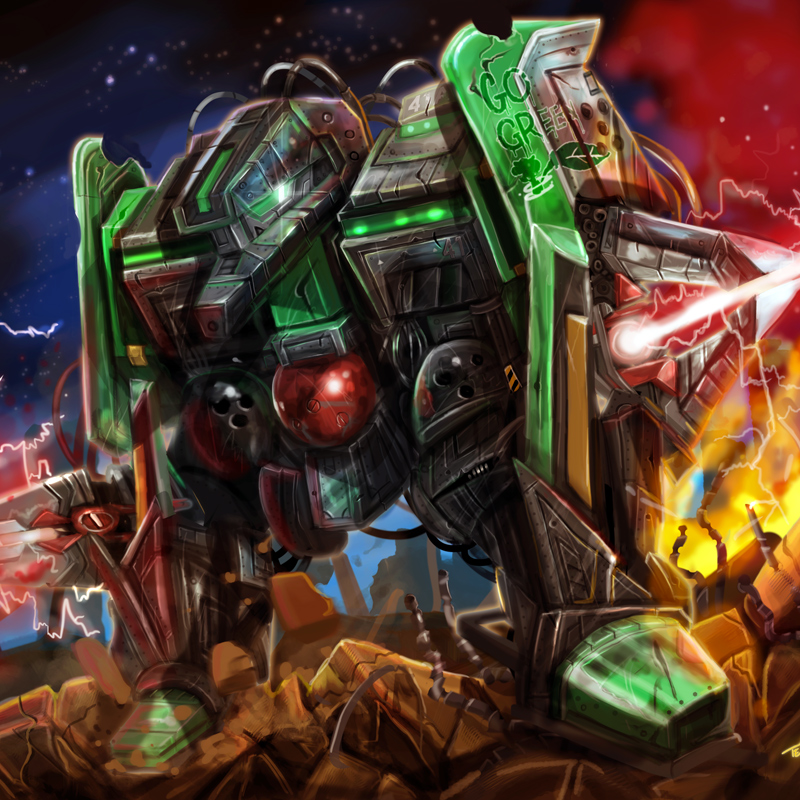 When the colony on Sigiss-6 was under siege by pirates, the outlook was grim. After ten brutal weeks, the colonists were down to a handful of Freons, Bishops, and Severs. The strategically superior Pirates were destroying the last defending fortresses left and right. The colonists knew they could only hold out for two more weeks before all was lost to the invading horde.

Suddenly, when things seemed bleakest, a discovery was made. In trying to upgrade the current freeze capabilities of their mecha, the Sigiss-6 colonists inadvertently set the Niodes in polar opposition to each other. The resulting energy discharge shut down every machine in the base on one pulse. This would be the basis of the Frigis mecha. In utilizing the reverse Niode polarization bursts they had created a new weapon capable of shutting down enemy mecha and disposing of them at will.

Alpha Corp learned of this weapon and decided to build a mecha around the discovery. The result was the Frigis. Its skeleton is forged from multi layered Niobium interwoven with Ferronite, folded and refolded many times in the style of Old Earth Damascus steel. This provides excellent endurance and flexibility in the mechas range of motion. The armored skin of the mecha uses the same folding process on the Ferronite but doubled layers for added protection in battle. The Frigis was designed with special, insulated energy chambers in its shoulders to protect the pilot and the machine from the Niode polarization bursts. It vents the excess energy in its trademark energy bolt destroying enemy electronics.

Tests show that if the Frigis is outfitted with the proper equipment it can potentially freeze 100% of its enemies. It can be a monster on the battlefield, as test-pilot Papa Whiskey saw when he took on a squad of Smilidons, Severs, and Gigus. He entered the battlefield powered up and gave one pulse. That pulse shut down every mecha on the field. He then easily destroyed them all with the lasers and freeze weapons he had on board. The fight lasted five minutes. Papa Whiskeys results thrilled the Alpha Corp investors: the Frigis has been in production ever since. The Frigis is getting an impressive reputation. It is popular on the frontier planets and other major combat zones, where it is wiping out its enemies and stacking up the bodies with its shut-down potential. 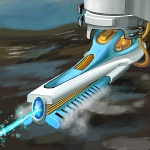 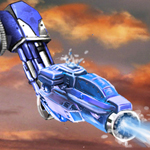