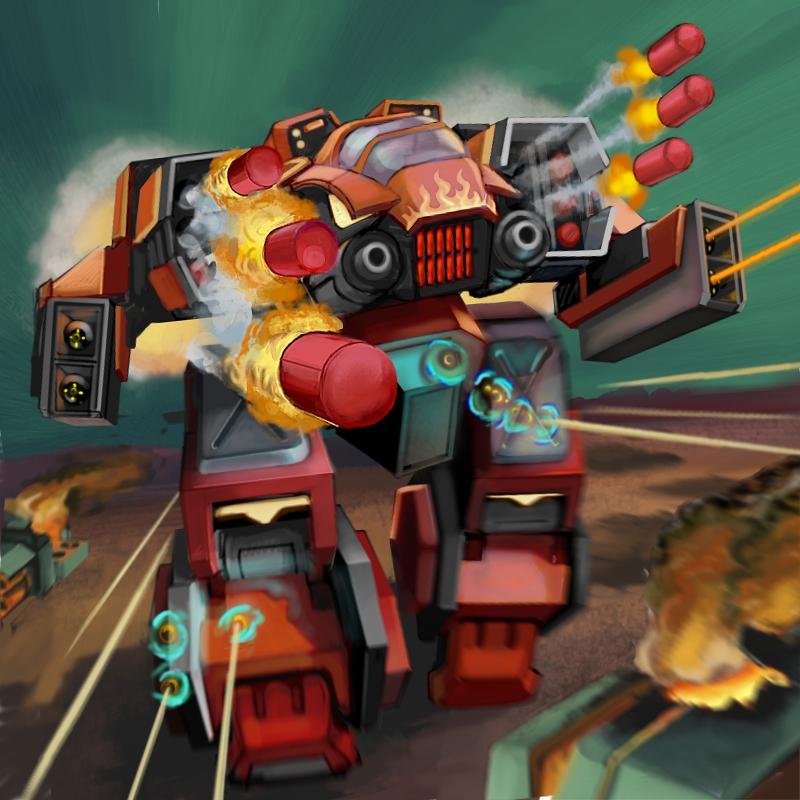 Building on the success of the Rook, Star Factories created a heavier mech with more maneuverability at a more accessible price.

Designers of the prototype Ballista struggled to find an ideal combination of speed, firepower and durability. In the end, they built a crowning achievement in the 80-ton class of mech, featuring a heavy shell and the capacity to unload copious amounts of ordinance quickly. It uses reverse-engineered technology from the Bishop and its adapted energy regulator, giving it more maneuverability than designs such as the Orester, although it remains a relatively slow-moving mech.

In recent years these behemoths have been in increasing demand and are now being deployed in the front line units on every major battlefield. In the recent Christmas war, field reports described moments when as many as three mechs at a time were being brought down in crossfire; but the Ballista prototype reportedly shrugged off the barrage of fire and continued to deliver its rain of missiles.

High density materials in the Ballista's armor make it resistant to the fastest and most common weapons on the battlefield: kinetic projectile impacts and laser fire. A roomy two-pilot cockpit allows one pilot to focus on maneuvering while the other engages targets. "Shoot and scoot" has long been the credo of both ballistic and rocket powered artillery and this mecha does that well. Also, in certain terrain and line-of-sight situations the long-range missiles employed by the Ballista can be devastating. It can play a pivotal role in either a front-line or rear-guard maneuver.

The Ballista has a unique power flow surging through the prototype Tiáolì-Pán missile launcher delivery system. The holmium wiring, with crystal node elements, produces surges of electrical discharge, both increasing the speed at which missiles can be fired and occasionally flooding targets hit by missiles with electrical current, shorting circuits and shutting down their ability to pursue forces. It has been found that the discharge can also be used to power a limited suite of shielding (including shielding against laser fire).

Like the Rook, the Ballista has high accuracy, a high volume of fire and a high rate of fire for missile systems. Based on the fact that not one Ballista class prototype was lost in the Christmas war, you can expect to see more and more frequent deployment of this mech. 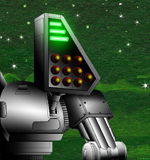