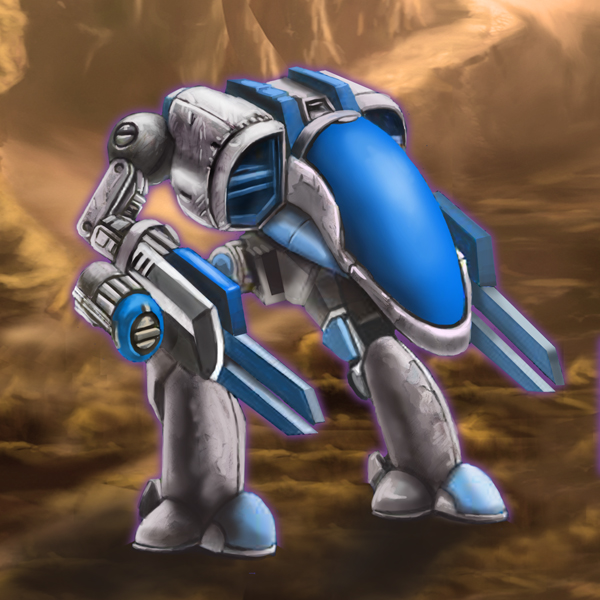 The madman known only as Evil Santa was once a noted mech pilot and researcher, revered for his ground breaking new mech designs. Eventually, Evil Santa was able to use Forerunner technology well enough to link directly into the remnants of one of their machines. In the union, his mind was altered, he was shown strange truths, but his sanity did not survive the experience.

The victorious Clans of Clan War XII were called by Cogworth and Shogunate leadership to deal with this Evil Santa, before he could bring more of his twisted creations into life. The Christmas Trees they discovered were strange indeed, but the mighty clans were able to slow their production, and uncover the secrets to mass produce the Jottun.

At the heart of this machine, is a Forerunner cold fusion reactor, and its liquid helium supercooling systems power superconducting crystal computers and energy systems far more efficient than human tech. Unfortunately the standard human drive systems are sluggish in the supercooled state, so the mech is sluggish without extensive engine upgrades.

Named for the frost-giants, the Jottun is a creature of the ice, equipped with the most advanced cooling systems ever devises. Its batteries of ice weapons can freeze an Inferno in its tracks, even as its heavy crystal armour can shrug off all but the most powerful blows. Due to the speed of the near absolute zero superconducting computers, some of the Jottuns systems are far more responsive than conventional pilots are prepared for, even as its massive chassis makes it naturally ponderous. While the most experienced pilots learn to ride "The Ice Time", or the seeming slowing of fight time, to make shots of terrible precision, frequently able to catch multiple opponents with single shots, more junior pilots cannot handle the lag.

Skadi Thiazidotter made the Jottun infamous with her "White Huntress". Pioneering this tactic at the end of the Santa Raid she used the paired White Knight and Yeti-Bane to freeze her foes in place, then spear the super-dense reaper blades of her talons through her enemies engine core.

As any who have faced the White Huntress discovered, the Jottun shows the adaptability of most Forerunner inspired designs, and rapidly acquires upgrades, its cold fusion engines proving to expand beyond what conventional engines allow. A fully developed Jottun is a blinding mech, whose pilots enjoy the

Advancements in manipulating carbon bonds led to a boom in new weapons. This one turns foes to alabaster.

Advancements in manipulating carbon bonds led to a boom in new weapons. This one turns foes to alabaster. 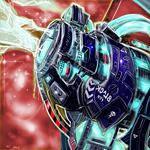 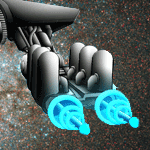